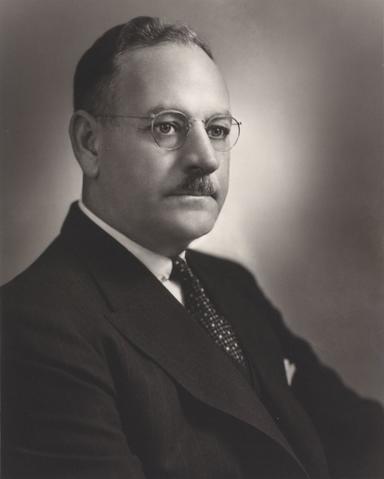 Standardized form(s) of name according to other rules

Other form(s) of name

Dr. Ernst William Bertner was born at Colorado City, Texas, August 18, 1889. After graduating from the local high school and the New Mexico Military Institute at Roswell, New Mexico, he entered the Medical Branch of the University of Texas, Galveston, receiving his MD in 1911.

Following his graduation, he took intern and residency training at the Willard Parker Hospital, Saint Vincent's Hospital and the Manhattan Maternity Hospital, all in New York City. He came to Houston in July, 1913, where he engaged in practice until World War I, when he enlisted in the Medical Corps.

He was assigned to the British Army, and went overseas in July, 1917. In March, 1918, he was transferred to the American Expeditionary Force, and assigned to Headquarters Medical and Surgical Consultants at Newfchateau, France.

Dr. Bertner had a varied and exciting career in France and served actively on most of the front lines. He was wounded by shrapnel and confined to a hospital for a short period of time. He was soon returned to duty. At one time he was caught in one of the famous German pincers movements and was one of the few surviving Medical Officers.

He was discharged from the Army in June, 1919, at Camp Dix, New Jersey with the rank of Major. The following month he resumed his practice in Houston. In May 1921, he went to Baltimore, Maryland, for post-graduate work at Johns Hopkins Hospital, in surgery, gynecology, and urology. He resumed practice in Houston in May 1922, and since that time limited his work to surgery and gynecology.

He was married at St. Louis, November 30, 1922, to Miss Julia Williams, daughter of the late W.E. Williams formerly General Manager of the Missouri, Kansas and Texas Railroad in Texas.

Dr. Bertner was active in hospital organization, having formerly been Chief of Staff of Jefferson Davis Hospital in Houston, and very active in building the first unit of that institution. Later, he became identified with Hermann Hospital and did much towards the development of the institution, where he served as Chief of Staff. He was also on the Surgical Staff of Memorial Hospital and Southern Pacific Hospital in Houston.

Dr. Bertner was one of the founders of the Texas Medical Center and was its first president from 1945-1950. He was named by the University of Texas as acting director of the M.D. Anderson Hospital for Cancer Research when that institution was conceived. He was responsible for the professional organization and the operation of the hospital for the first four years of its existence. He served as professor and chairman of the department of gynecology for the Baylor College of Medicine since its establishment in Houston from 1943 until his death in 1950.

During World War II he was in command of the Emergency Medical Service of the Office of Civilian Defense, and received a Presidential Citation for this service.

Dr. Bertner was a past Vice-President of the American Cancer Society and served on its Board for several years. He was chairman of the Executive Committee of the Texas Division and received the American Cancer Society award for distinguished service in cancer control in 1949. He was a member of the Board of Directors of the Houston Chamber of Commerce. He was a member of the Citizen's Committee for Reorganization of the Executive Branch of the Government, an outgrowth of the Hoover Commission Report.

Dr. Bertner died July 28, 1950 in Houston following a two year battle with cancer. He was survived by his wife, Julia Williams Bertner, two sisters and a niece.

Dates of creation, revision and deletion