Lu Ann Aday was born in Waxahachie, Texas, on August 19, 1946. She earned her bachelor’s degree in agricultural economics in 1968 from Texas Tech University and then went to Purdue University for a Master’s in 1970 and then, in 1973, a doctorate in sociology. She was the associate director of the Center for Health Administration Studies at the University of Chicago before teaching at the University of Texas School of Public Health.

Born December 30, 1942 in New Orleans, Louisiana. He attended Jesuit High School and then graduated in 1964 from Loyola University with a BS in biology. He earned his MD with honors from Tulane University in 1967, with an additional MS in anatomy in 1968. Dr. Buja worked for the National Institute of Health between 1968 and 1974, when he moved to the department of pathology at the University of Texas Southwest Medical Center in Dallas. In 1989 he was appointed chair of the pathology department of the University of Texas Health Science Center at Houston, where he became dean in 1996.

Cheves McCord Smythe was born in Charleston, South Carolina in 1924. He was born into a well-established South Carolina family. Smythe received his undergraduate degree from Yale College in 1943, and his medical degree in 1947 from Harvard Medical School. He completed his internship and residency at the Boston City Hospital. Next, he served as a Research Fellow at the Presbyterian Hospital in New York. Following this, he returned to the Boston City Hospital as a Chief Resident. From 1942-1966, Smythe served in the U.S. Naval Reserve. He was a part of the Medical Corps and became a Lieutenant Commander. He retired from the Naval Reserve in 1966. Beginning in 1955, Smythe started as an Instructor in Medicine at the Medical College of South Carolina. He eventually becoming an Assistant Professor of Medicine and finally Dean. He remained as Dean from 1963 until his departure in 1966. The following four years he served as Assistant Director and Director of the Department of Academic Affairs at the Association of American Medical Colleges. The bulk of his career was spent at The University of Texas Medical School at Houston, where he became the first dean of the school in 1970. He would remain as dean until 1975. Smythe continued his profession at the university until 1995, serving as Professor, Adjunct Professor, and Dean Pro Tem. Smythe continued his career abroad when he became the Dean at the Aga Khan University in Karachi, Pakistan. He served in this role from 1982 to 1985. His involvement with the school continued, and he returned as Professor and Chairman of the Department of Medicine from 1990 to 1991. Smythe had many hospital appointments including the Hermann Hospital, Memorial Southwest Hospital, and the LBJ Hospital. He was also a member of many medical organizations and received many honors and awards. In addition, he was the author of numerous publications. For a complete list of accomplishments please visit Smythe’s vitae and bibliography.

Lee D. Cady, MD (1896-1987) graduated Washington School of Medicine in 1922. He served in both World War I and World War II. During World War II he served as the commanding officer of the 21st General Hospital in Northern Africa and Europe. Upon returning home after World War II, he assumed the role of director of the V.A. Hospitals in Dallas then Houston before his retirement from the Houston V.A. Hospital in 1963. He is buried in Arlington National Cemetery.

Born November 27, 1931, in New York City. He graduated from the University of Oklahoma with a degree in petroleum engineering. He worked for many years at Texas A&M University and then at Gulf Oil, retiring in 1984 when Gulf Oil was acquired by Chevron. Then he spent 28 years as Chief Executive Officer and Chief Operating Officer of the Texas Medical Center. Dr. Wainerdi died on March 17, 2021.

Dean Starck was born in Georgia. She earned a masters’ of nursing from Emory University and a doctorate of nursing in 1979 from the University of Alabama in Birmingham. She is also a graduate of the Institute of Educational Management at Harvard University and a licensed nurse practitioner and clinical nurse specialist in mental health and psychiatry. She served as dean of the UT Health Science Center from 1984 to 2014 and continues to serve the UTHSCH as Vice President of Interprofessional Education. 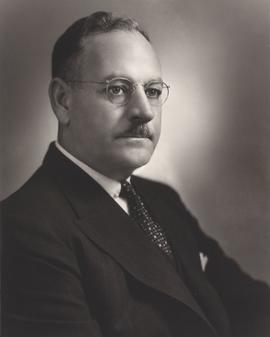 Dr. Ernst William Bertner was born at Colorado City, Texas, August 18, 1889. After graduating from the local high school and the New Mexico Military Institute at Roswell, New Mexico, he entered the Medical Branch of the University of Texas, Galveston, receiving his MD in 1911.

Following his graduation, he took intern and residency training at the Willard Parker Hospital, Saint Vincent's Hospital and the Manhattan Maternity Hospital, all in New York City. He came to Houston in July, 1913, where he engaged in practice until World War I, when he enlisted in the Medical Corps.

He was assigned to the British Army, and went overseas in July, 1917. In March, 1918, he was transferred to the American Expeditionary Force, and assigned to Headquarters Medical and Surgical Consultants at Newfchateau, France.

Dr. Bertner had a varied and exciting career in France and served actively on most of the front lines. He was wounded by shrapnel and confined to a hospital for a short period of time. He was soon returned to duty. At one time he was caught in one of the famous German pincers movements and was one of the few surviving Medical Officers.

He was discharged from the Army in June, 1919, at Camp Dix, New Jersey with the rank of Major. The following month he resumed his practice in Houston. In May 1921, he went to Baltimore, Maryland, for post-graduate work at Johns Hopkins Hospital, in surgery, gynecology, and urology. He resumed practice in Houston in May 1922, and since that time limited his work to surgery and gynecology.

He was married at St. Louis, November 30, 1922, to Miss Julia Williams, daughter of the late W.E. Williams formerly General Manager of the Missouri, Kansas and Texas Railroad in Texas.

Dr. Bertner was active in hospital organization, having formerly been Chief of Staff of Jefferson Davis Hospital in Houston, and very active in building the first unit of that institution. Later, he became identified with Hermann Hospital and did much towards the development of the institution, where he served as Chief of Staff. He was also on the Surgical Staff of Memorial Hospital and Southern Pacific Hospital in Houston.

Dr. Bertner was one of the founders of the Texas Medical Center and was its first president from 1945-1950. He was named by the University of Texas as acting director of the M.D. Anderson Hospital for Cancer Research when that institution was conceived. He was responsible for the professional organization and the operation of the hospital for the first four years of its existence. He served as professor and chairman of the department of gynecology for the Baylor College of Medicine since its establishment in Houston from 1943 until his death in 1950.

During World War II he was in command of the Emergency Medical Service of the Office of Civilian Defense, and received a Presidential Citation for this service.

Dr. Bertner was a past Vice-President of the American Cancer Society and served on its Board for several years. He was chairman of the Executive Committee of the Texas Division and received the American Cancer Society award for distinguished service in cancer control in 1949. He was a member of the Board of Directors of the Houston Chamber of Commerce. He was a member of the Citizen's Committee for Reorganization of the Executive Branch of the Government, an outgrowth of the Hoover Commission Report.

Dr. Bertner died July 28, 1950 in Houston following a two year battle with cancer. He was survived by his wife, Julia Williams Bertner, two sisters and a niece.

William B. Bates was born August 16, 1889 in Nat, Texas. He and his siblings attended local schools at Nat and in a place called Red Flat. In 1910, He attended Sam Houston Normal Institute where he earned teaching certificates. After teaching for a few years, he went on to study law at the University of Texas, graduating first in the class in 1915.
Bates served in the United States Army from 1917 to 1919 during World War I. When he returned, he opened a law practice with his brother, Jesse, and married Mary Estill Dorsey. In 1923, he was hired by Fulbright and Crooker, a law firm in Houston. The title "colonel" was bestowed upon W.B. Bates by his friend, former Governor of Texas Dan Moody.
William B. Bates had an enormous impact on the growth and development of Houston, almost from the moment he arrived. He became a member of the Houston Independent School District Board of education in 1925. The University of Houston was established under his chairmanship. William B. Bates also served the Houston Chamber of Commerce for many years. He was on the advisory board of the, then famous, Bank of the Southwest.
In 1939, William B. Bates became chairman of the Board of Trustees of the M.D. Anderson Foundation upon the death of its benefactor, Mr. Anderson. Col. Bates' foresight and leadership contributed to the creation and growth of the Texas Medical Center. W.B. Bates died on April 17, 1974.
For more information about Col. Bates, please refer to N. Don Macon's book South from Flower Mountain: A Conversation with William B. Bates (Houston : Texas Medical Center, 1975)