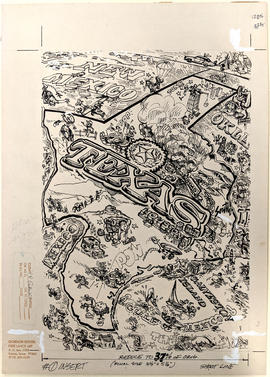 The South Central Chapter of the Medical Library Association has its roots in the Texas Council of Health Science Libraries, which was formed in 1966 in an effort to make the collections of the state’s health science libraries more accessible to all health professionals. A group of doctors and other interested individuals met to discuss the possibility of creating a regional organization to serve this purpose. This was to be considered the first meeting of the TCHSL. The second meeting was held in 1966 at the Jesse H. Jones Library Building in the Texas Medical Center in Houston. In 1967, TCHSL asked the National Library of Medicine to fund a regional medical library to serve Arkansas, Oklahoma, New Mexico, Louisiana, and Texas. The proposal was accepted and in 1970 the South Central Regional Medical Library program began.
In 1970, a consideration was made to change the group to one with an affiliation to the Medical Library association. In 1971 in was proposed that membership be extended to “all health-related institutions and their staffs”. In 1972 the head of TCHSL contacted MLA members in the five-state area served by the SCRML looking for support in creating a new MLA chapter for the region. A meeting a month later in Houston proposed to a) dissolve the TCHSL with the understanding that it would be reformed as a new chapter of the MLA, b) keep unspent monies in escrow until said group was formed, c) appoint a committee comprising members of both past and new board to oversee the formation of said group. Jean Collier, president of the TCHSL resigned in preparation for the formation of the new group.
However, many of the members of TCHSL, especially in Louisiana and Arkansas, were already members of the Southern Chapter of MLA and were apparently not eager to make the change. When the proposition was put to a vote of TCHSL members, though, the majority was just enough that the petition to the MLA was approved. An organizational meeting for the new chapter was held in Little Rock in 1973; the tipping point for approval of the new group seems to have been that meetings would be closer than meetings of the Southern Chapter. The new group was named the South Central Regional Group. Due to some conflicts within the existing bylaws, Louisiana did not officially join the SCRG until 1982. The SCRG name was replaced by South Central Chapter in 1988 to better reflect the group’s position as an MLA affiliate. Annual meeting locations rotate among the five states.

Open for research. Some materials are restricted, especially financial documents.

Copyright restrictions may apply. Permission to publish must be granted by the organization, South Central Chapter of the Medical Library Association.

Box- to folder-level inventory is available

The Houston Academy of Medicine, Texan Medical Center, and the South Central Chapter of the Medical Library Association.

South Central Chapter of the Medical Library Association must approve disposal of any material.

Annual accruals are expected for this collection.