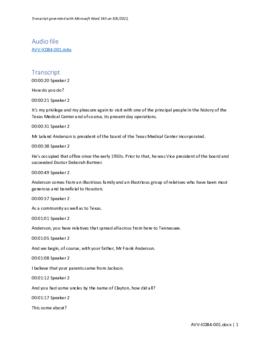 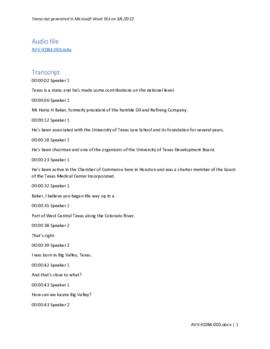 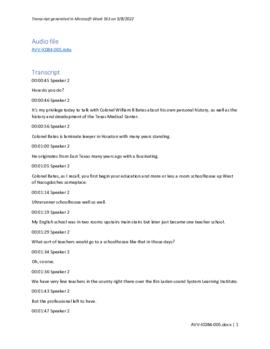 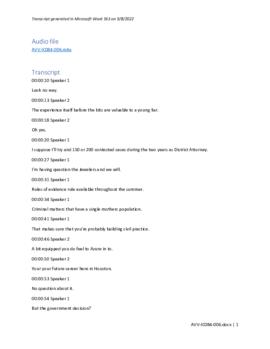 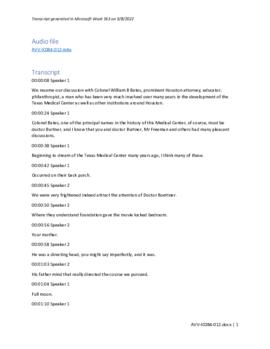 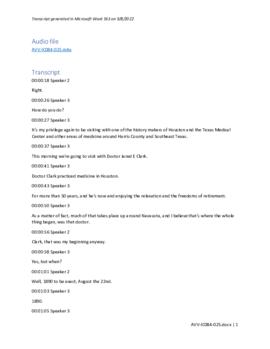 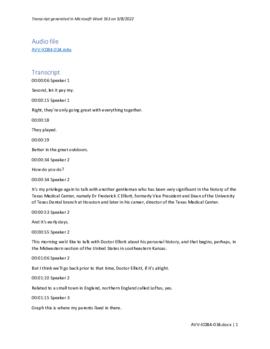 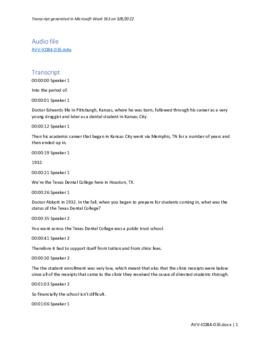 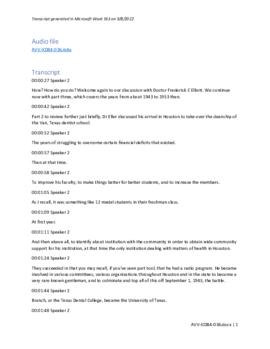 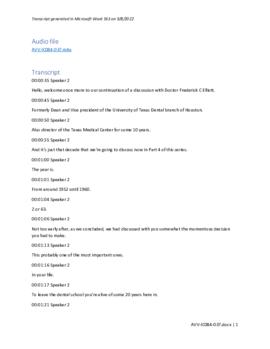 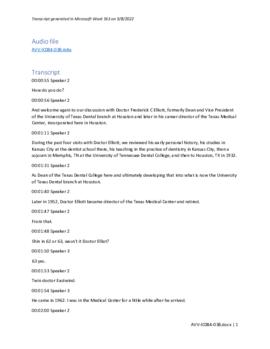 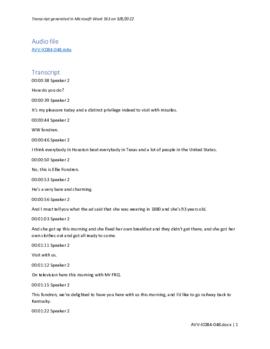 In the early 1970s, leaders within the Texas Medical Center recognized the importance of documenting the stories behind its formative years. In response, Dr. William Seybold, TMC President Richard Eastwood, historian Don Macon and others set in motion the Texas Medical Center Historical Resources Project. With the support of the M. D. Anderson Cancer Center—including use of its recording studio—Macon and others began creating a series of video interviews featuring early leaders and other influential figures in the TMC.

Over the years, the project’s focus expanded to “video profiles” that also included significant visitors to the TMC. Given M. D. Anderson’s involvement, it’s no surprise that several of these feature national and international figures in cancer research on their visits to Houston.

From the beginning, copies of the interviews were presented to the TMC Library so they would be available for research. Later, most of the master tapes (3/4” U-matics), also made their way to the McGovern Historical Center for preservation. The collection of interviews now archived at the MHC includes conversations with thirty-seven different interviewees spread across nearly one hundred tapes.

The Texas Medical Center (TMC) Historical Resources Project records contain video oral histories of notable personalities associated with the TMC. The initial group of interviews focuses on individuals involved in the founding or early days of the TMC. Later “video profiles” also include significant visitors to the TMC. Several of these feature national and international figures in cancer research on their visits to Houston. In total the collection features thirty-eight individuals.

Don Macon, Director of the TMC Historical Resources Project, serves as interviewer in all but one of the recordings. They are all staged as one-on-one conversations, with the exception of his interview of Isaac Berenblum and Philippe Shubik. A typical interview begins with some biographical information about the interviewee, followed by accounts of their involvement with the Texas Medical Center. They each tend to be approximately 30-60 minutes long; the shortest interview is about 18 minutes, with the longest being 2 hours and 18 minutes.

The conversations with thirty-eight different interviewees are spread across nearly one hundred tapes. Some interviews are divided into multiple segments, while many tapes are duplications.

This videotapes are primarily 3/4" U-Matic with some VHS. There are many original master recordings, as well as duplicates on a variety of media--including a dozen interviews transferred to DVDs. Transcripts have been created for some of the interviews.

The collection is open for research.

In October 2010 and again in August 2022, MHC staff confirmed that there are no known signed released by the interviewees. However, documents in the Control Folder make clear that copies of the video interviews had been provided to the TMC Library to facilitate access.

Materials are in relatively good condition. Some tape degradation has been found.

All interviews have been digitized. Original U-Matic tapes cannot be played due to lack of equipment. It is possible to play VHS tapes on-site at the MHC, but use of digital surrogates is preferred.

The videos were created in the television studio at M. D. Anderson. Documentation now included in the IC 084 Control Folder suggests that M. D. Anderson retained the master tapes, and that copies were presented to the TMC Library so they would be available for research. While the timing and exact source of the transfer of the master tapes is unknown, it appears that most of these (3/4” U-matics) also eventually made their way to the McGovern Historical Center for preservation.

Beginning in at the TMC Historical Project Luncheon on December 14, 1973, some tapes were provided directly to the TMC Library by the Texas Medical Center Historical Resources Project. Many videos in the MHC collection have markings indicating they were indeed part of the Library's circulating collection.

Documents regarding the Historical Resources Project found in MS 004, MS 070, and IC 002 have been scanned and are available in the MHC Control Folders.