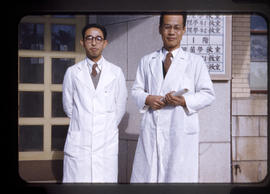 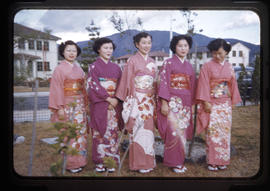 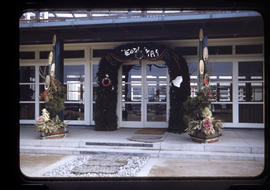 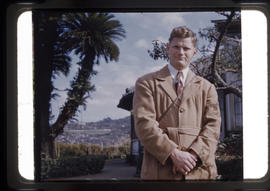 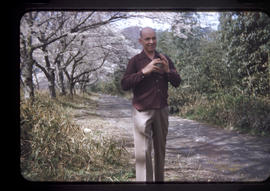 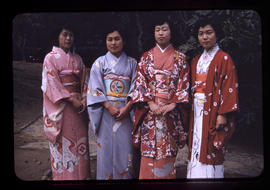 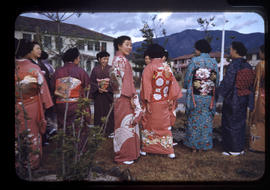 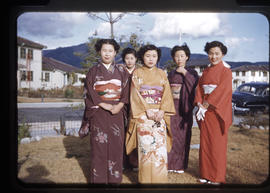 Robert Dale Lange was born in Redwood Falls, Minnesota on January 24, 1920. He attended high school at North St. Paul High School in St. Paul, Minnesota. After graduated in 1937 he went to the Macalester College, St. Paul, Minnesota. In 1941 he received his Bachelor of Science. From 1941 to 1944, he studied medicine at Washington University, St. Louis, Missouri. Robert D. Lange received the Jackson Johnson Scholarship all throughout medical school. He was the recipient of the Jackson Johnson Book Prize awarded to the graduating senior with the highest academic average at Washington University Medical School in 1944. Dr. Lange completed an internship in internal medicine at Barnes Hospital, St. Louis, Missouri, 1944-1945. Then Dr. Lange went on to serve as Assistant Resident in Medicine, University of Minnesota Hospital, Minneapolis, 1945-1946. He continued his postgraduate studies as a Fellow and Instructor in Medicine under Dr. C.V. Moore, Division of Hematology, Washington University School of Medicine, 1948-1951.

Dr. Lange served active duty in the United States Army as a Major at the Walter Reed Army Institute of Research, Washington, D.C. He was involved in the active reserves and remains so, 1942-1956, 1956-present. He was promoted to Colonel in 1969, and presently attached to the 489 Civil Affairs Company, Knoxville, Tennessee. Dr. Lange served in the Department of Medicine of the ABCC from 1951-1953. In 1953, he and his family returned to the United States. He immediately joined the academic world. He taught at these medical schools the University of Minnesota, Washington University and the Medical College of Georgia. In 1964, Knoxville, Tennessee became home for the Lange family. There Dr. Lange began his long association with the University of Tennessee. His first appointment was Research Professor at the University of Tennessee Memorial Research Center in 1964. He was promoted to a full professor in 1970. Over the years Dr. Lange accepted a number of chairmanship and directorship appointments with the University's Memorial Research Center and Center for Health Sciences.

Dr. Lange has been a very active faculty member at the University of Tennessee. He has trained thirteen post doctoral fellows and graduate students. Dr. Lange been successful in obtaining grants and other external support for research. Most recently he was awarded $942,513 from the National Aeronautics and Space Administration for a ten-year study - "Regulation of erythropoiesis in rats during space flight." Some of the funded organizations have been: National Institutes of Health, National Science Foundation, American Cancer Society, Atomic Energy Commission, Physicians Medical Education and Research Foundation, John A. Hartford Foundation, Biomedical Research Support, McDonnellDouglas Corporation, and National Aeronautics and Space Administration.

Dr. Lange has been an exchange visitor of the United States Academy of Science since 1968. He has delivered forty lectures to selected hospitals, medical schools, and research institutes throughout the United States and several foreign countries.

The Physicians Recognition Award from the American Medical Association was presented to Dr. Lange in 1969, 1972 and 1979. His honors included membership on Pi Phi Epsilon, Sigma X, Alpha Omega Alpha.

Dr. Lange became Professor Emeritus in the Department of Medical Biology College of Medicine, University of Tennessee Medical Center in 1985. He is still on active staff at University Hospital, Knoxville, Tennessee. Mrs. Lange volunteers at a medical library and their son resides in Houston, Texas and daughter in Atlanta, Georgia. In November of 1995 Dr. Lange, Mrs. Lange and their daughter visited the Houston Academy of Medicine-Texas Medical Center Library. Dr. Lange died March 16, 1999.

This collection is arranged into the following series.
Series I. Publications and Reprints
Series II. Slides

Finding aid based on DACS ( Describing Archives: A Content Standard).