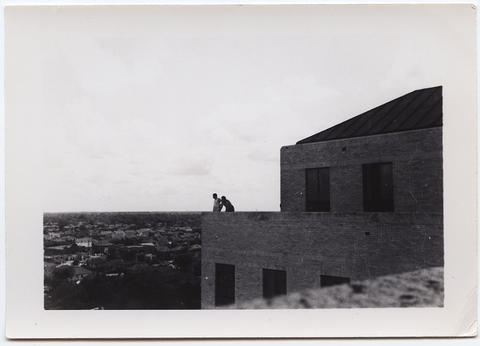 Dr. Paul Lenksy was a pediatrician practicing in Houston, Texas.

Following graduation, he interned at Lincoln Hospital in the Bronx, New York. In 1947-1948 he was a staff physician in pediatrics at Jefferson Davis Hospital in Houston. The photographs in MS 236 Paul Lensky, MD Photograph Collection date from that time.

His next move was a one-year residency at Louisville General Hospital. He returned to Houston in July 1949 and took up a residency in pediatrics at Hermann Hospital. He was later on the staff at Texas Children’s Hospital.

Creative Commons License 4.0, Attribution-NonCommercial-NoDerivs. Images are to be used for educational purposes only, and are not to be reproduced without permission from The TMC Library, McGovern Historical Center, 1133 John Freeman Blvd, Houston, TX, 77030, mcgovern@library.tmc.edu, 713-799-7899